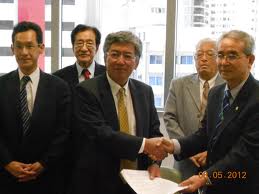 1. Outline and Objectives of Mitsui-Bussan Scholarship Program for Indonesia
The MITSUI-BUSSAN SCHOLARSHIP PROGRAM FOR INDONESIA (hereinafter referred to as “the Program”) was established in Tokyo, Japan, in 1992 as a non-profit foundation under the approval of the Ministry of Education, Culture, Sports, Science and Technology (formerly called the. Ministry of Education) Japan based on a fund prepared by Mitsui & Co., Ltd. The Program aims to encourage Indonesian students who wish to study at universities in Japan and obtain a bachelor’s degree thereby.

The objective of the Program is to support and assist the students so that:

Therefore, the grantees who have completed their studies in Japan under the Program will be requested to make their utmost effort to materialize the Program’s objectives; however, the grantees will be entirely free from any other obligations and duties.

5. Benefits Provided by the Program
Grantees shall be provided with the following allowances and expenses by the Program for only support of the grantees’ life and studies in Japan.

Selection Process:
The selection process shall be conducted as indicated in the chart below in a strict and fair manner based on the standards and rules of the Program, by taking all data and test results into consideration. There shall be no interference with the selection process.

7. Placement at Universities in Japan and Major Fields of Study