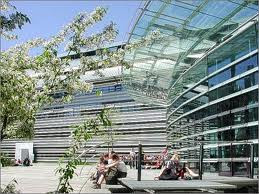 The Soil Science Group at Technische Universität München (TUM) offers a doctoral researcher position by December 1st, 2011 for three years. Salary is TV-L E13 (65%) according to the German TV-L system (Tarifvertrag für den Öffentlichen Dienst der Länder). Our research is focussed on the characterization of soil organic matter and soil organic matter interactions and turnover under different types of soil utilization and management. The group is located at Freising-Weihenstephan, nearby Munich in southern Bavaria.

About the Project Paddy soils make up the largest anthropogenic wetlands on earth. The central topic of the DFG Research Unit 995 “Biogeochemistry of Paddy Soil Evolution” is a better understanding of the biogeochemistry of major processes involved in the formation of paddy soils. During a joint 3-week sampling campaign in February/March 2012, a variety of major soil types which are typically used for rice cultivation in Asia will be sampled in Indonesia (Java), including Acrisols, Andosols and Vertisols.

The central aim of our sub-project is to investigate the stabilisation of organic matter during paddy soil development. In this context, the role of microaggregation, organo-mineral complexes, and charred organic carbon will be analysed. A method consisting of a combination of physical (particle-size and density) and chemical fractionation methods will be adapted to each soil type specifically to isolate aggregates and organo-mineral complexes in soil-type specific soil organic matter (SOM) fractions.

The isolated fractions will then be analyzed for the chemical composition of the organic matter by solid-state 13C NMR spectroscopy and specifically for the hydrolysable carbohydrate content by GC-MS. The organo-mineral associations will be characterized by selective or total removal of minerals and organic substances in combination with analysis of specific surface area. Soil fractions will be investigated by SEM and NanoSIMS to elucidate the composition of microaggregates and organo-mineral complexes. This will enable us to understand the influence of the parent soil type on aggregation and soil organic carbon stabilisation in dependence of e.g. type and content of iron oxides, and to evaluate the contribution of the different SOM stabilisation processes during paddy soil formation.

Baca Juga:   PhD Studentships in Sociology and Political Science at University of Amsterdam

Required experience
A diploma/master`s degree in forest science, agronomy, geosciences, geoecology, environmental sciences or a related discipline is required. Candidates should have a strong background in soil science and preferentially also in soil chemistry. They should be willing to work with advanced techniques of soil organic chemistry, such as NMR spectroscopy and NanoSIMS.